In the last week before half term, all the children in our KS2 were transported back to the 1940's and were evacuated WW2 style to Wallingford. This was a fitting way to end our topic on WW2 and really gave them a feel for what it would have been like to be evacuated! 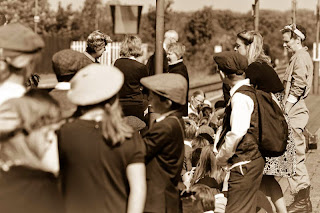 Dressed as evacuees, the children walked through Cholsey to the station where they sang several WW2 tunes to local residents and parents, who had come to wave them off! Then they climbed aboard the special train, put on by Cholsey and Wallingford Railway, and were taken to Wallingford. From there we walked round to St John's Primary School (where children from London had been evacuated during the Blitz) and wrote postcards home to parents as well as treating St John's to more singing. 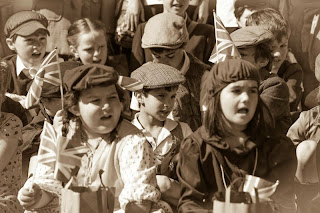 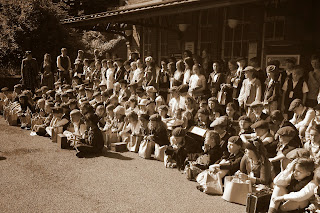 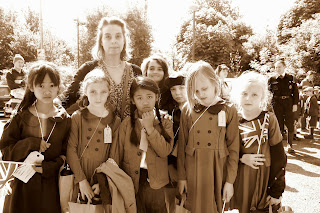 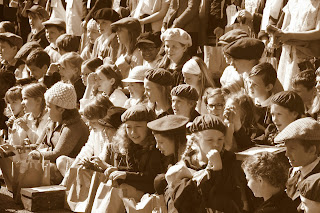 Fortunately for the children, we did bring them back home the same day! After returning to school, we celebrated the end of the war with a VE style street party.It was a really memorable trip that they are sure never to forget. 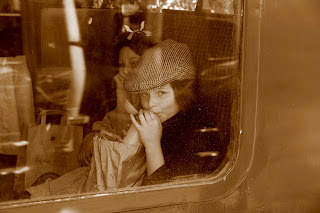 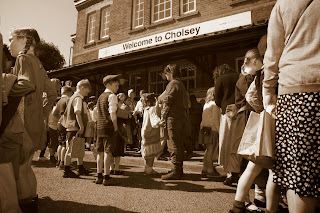 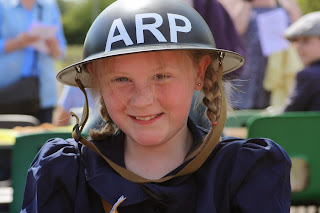 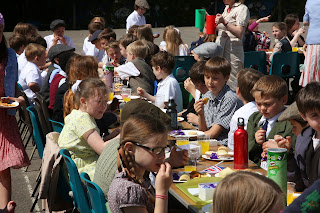 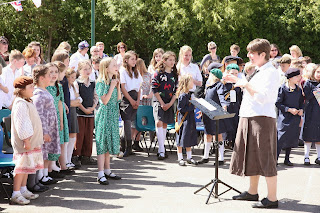 We even made the local news!
http://www.oxfordmail.co.uk/news/12966627.Video__Re_enacting_war_evacuation_moves_pupils_to_tears/
Posted by Ms Eastwood at 06:42 4 comments: