In this morning's assembly, we held a hilarious Christmas house challenge. The house captains had to listen to some brilliant video of some of our Foundation children describing Christmas objects and places. Points were up for grabs and we were so impressed with the fantastic descriptions by the Foundation children - not easy when you can't say the name of the thing you are describing!
It was a tie for first place between Sandfield and Buckland - we will be announcing which house has won the Autumn house cup in Friday's assembly. 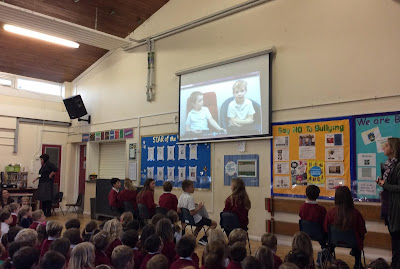