Can you break an egg?

Years 5 and 6 enjoyed a show from Science Oxford about forces. They learned about Isaac Newton's laws of motion and how you could reduce friction using the magnificent Science Oxford friction defying device (a tray). They used a large force meter to measure the amount of force required. Natural shapes are very strong and not even Noah could break an egg holding it from top to bottom - you try it! Finally Zoe built a bridge and although not hugely confident stood on it with forces being spread out to the side so she did not fall! 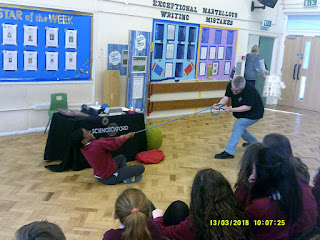 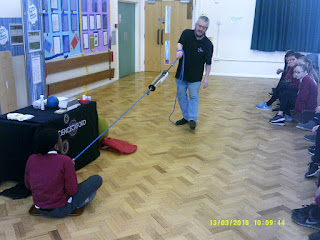 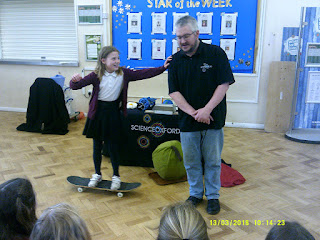 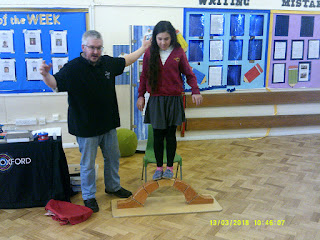 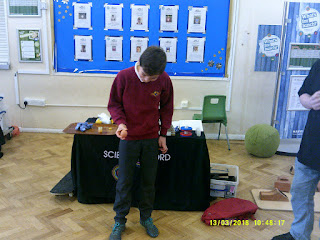