Today in science week we investigated crimes by testing 4 white powders that were found near the crime scene; for each powder there was a suspect who used that powder. We tested how they reacted to different substances and if they dissolved in water or not. Then we were given the powder found at the  crime scene and we had to test like we did for the other 4 white powders (that were found near the  crime scene) to see which powder was found there and that would tell us who committed the crime.
The four white powders were talcum powder, salt, corn four and bicarbonate of soda.
Robert 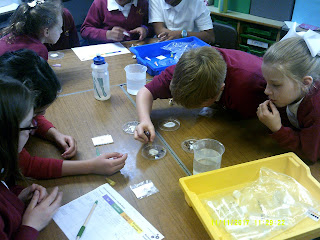 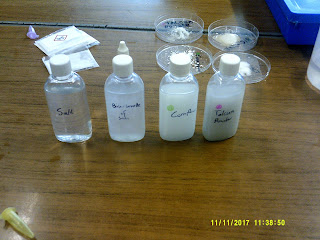 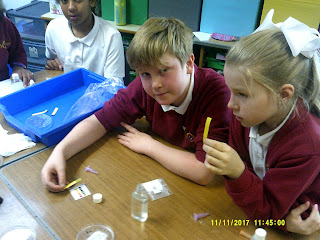 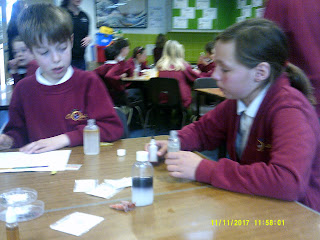