Years 5/6 and years 1/2 were each treated to a fascinating talk from Helena Malenczuk telling us about her amazing trip to the Arctic as part of a scientific study group. As she says herself, she's just an ordinary person, a teacher, who put forward an idea and was chosen to take part in this once in a lifetime experience. She saw icebergs as large as the Eiffel Tower or a five storey building. Remember only approximately 1/8th of an iceberg is above the water's surface!

She ate an incredible 5000 calories each day. That's  equivalent to approximately 22 burgers and, she still lost weight!  Once in Greenland, if they'd left anything behind, it was tough. Supermarkets were almost totally empty. The Greenlanders live on canned or frozen food as they cannot grow their own and the seas are frozen for months so supplies can only arrive during the summer months.

Native Icelanders wear animal skins, such as polar bear trousers, for warmth. In the tent, Helena dug a trench so the cold air could sink down so that on a balmy day, the temperature was a mere  -10 degrees C . There were so many interesting facts that both the adults and children had many many questions, so many that Helena has very kindly offered, that if we send her our questions, she will answer them. She also left much of the equipment she took with her. Have a look in the library.

Years 5/6 also sampled the delights of some of the  dehydrated food Helena took with her. The appearance was not terribly appetising and results of the tasting was varied. She had a choice of 3 main courses for 4 weeks!

Thank you to Helena for managing 5 talks within 2 1/2 hours by being so inspiring and entertaining. 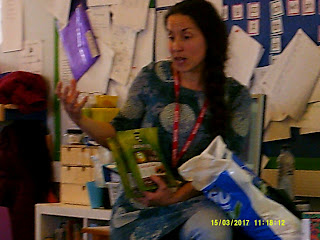 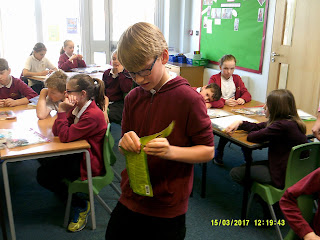 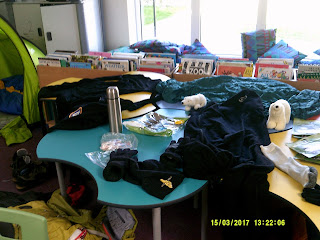 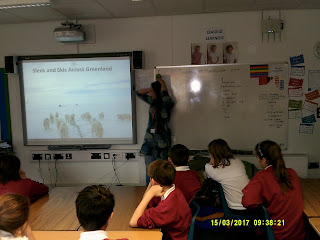 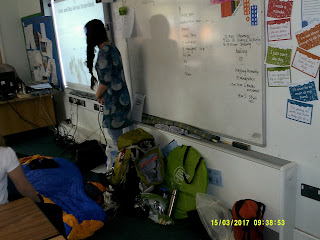